Case Study: You Need More Than a Roofer For A Roof Insurance Claim

Several years ago, we had a hailstorm blow through. There was a lot of roof insurance claim ‘action’ as roofers from all over came in to help. But there was one property no one wanted to touch.

So, they called Blue Ribbon Roofing.

We love a challenge.

Upon inspection, we realized the siding was damaged. Usually, that’s an easy fix. However, in this case it was two-inch, painted wood lap. The hail had caused the paint on the wood siding to curl and peel back. This left wood exposed to the elements, and it got soaked, exposing, and damaging the building envelope.

Insurance agreed to replace the dented siding and repaint. They wanted to paint over the problem, not fix it.

Insurance companies are not contractors. They are for-profit businesses. They want to restore things to how they used to “look,” not necessarily fix them. 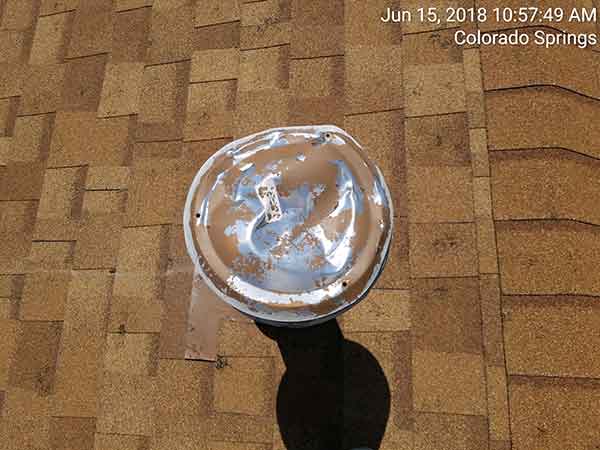 But we fought to get it covered because we knew it would impact the building. Quality work doesn’t matter if you don’t have a waterproof seal.

The insurance carrier finally approved sealing and caulking and we got the building envelope protected and restored to pre-loss, saving the homeowner from a costly repair down the line.

The home had damage to its synthetic stucco. Synthetic stucco uses a plastic mesh wall. When birds peck at it, their beaks go through the mesh, damaging the home’s protection from the elements. The insurance carrier denied the stucco claim because it said the damage was not storm related. It was caused by birds.

Upon closer inspection, we realized the mesh was intact. That meant the birds didn’t cause the bulk of the damage. If they had, the mesh would’ve been pecked through.

After reviewing our findings, the insurance carrier reversed its initial denial and covered the stucco claim as well as the gutters and two HVAC units.

Get Your Free Inspection

We’re Certified By These Manufacturers